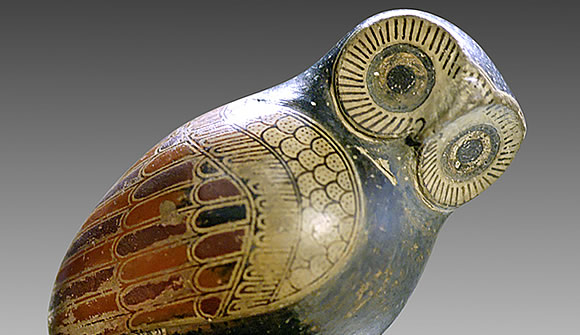 Diversity in method and pluralism in the range of subjects and philosophical currents studied are the distinguishing features of the doctoral programme of the Department of Philosophy in the University of Fribourg. The Department regularly obtains research funding to promote doctoral studies as well as to create research groups drawing on the competence of the Department's members as well as that of numerous experienced scholars. Professors in charge of specific domains of research supervise doctoral students who are given the opportunity to discuss their work in weekly colloquia as well as to participate in activities organised at the doctoral level in collaboration with other universities in Switzerland and abroad.

In the domain of ancient philosophy, theses can be supervised on Greek and Roman thought from the Pre-Socratic philosophers through to the Byzantine period. Equally, the reception of ancient philosophy during the Renaissance is a welcome subject. Research in the domain is concentrated on Platonic thought (Plato, the Old Academy, Middle Platonism, Plotinus, the late Neo-Platonists, Jewish and Christian Platonism). Research projects in metaphysics, cosmology and physics, the theory of knowledge, psychology, and ethics are encouraged. A command of ancient Greek and/or Latin is required. Doctoral candidates participate in the Doctoral School of Ancient and Medieval Philosophy organised every year in collaboration with the universities of Lausanne and Geneva.

The principle axes of research in medieval philosophy are metaphysics, philosophy of nature, epistemology, anthropology and ethics of the 12th to the 15th century. In this field, a good knowledge of Latin is required. The students have the possibility both to develop their academic skills and pool of the results of research through doctoral schools and seminars. This programme enables them to acquire methodological tools and to build a profitable dialogue with the specialists and other doctoral students. They also have access to the doctoral programme of the Medieval Institute and of the CUSO (Programme Doctoral Romand en Philosophie), which offer a vast range of activities through which the students can get acquainted with specific aspects of medieval culture, as well as issues on the transmission and edition of texts.

Research in the domain of modern and contemporary philosophy integrates two currents of thought which have had a major influence on contemporary philosophy, phenomenology and «analytic» philosophy. Doctoral research and training are as much about the historical origins of these two traditions as about the theoretical examination of the questions they raise. Topics addressed in this context include the relationship between the subjectivity of experience and the objectivity of knowledge. These questions are analysed not only from the theoretical perspective, as part of the study of cognitive attitudes, but also from a more practical perspective, through an analysis of the rationality of action.

The field of the philosophy of language, of mind and of human sciences focuses on questions related to the ontological status and, more generally, to the nature of experiencing subjects are at the center of the field of philosophy of language, mind and the human sciences. They include issues about phenomenal consciousness, the identity and individuality of conscious individuals, self-consciousness, agentive experience and free will, the role of emotion in human action, the relationship between language and thought and the one between phenomenality and intentionality. In this area a systematic approach is practiced in Fribourg which gives weight to rational intuition and to phenomenological reflection. Proposals for theses within the philosophy of language, epistemology, ontology and metaphysics, as well as on questions at the intersection of philosophy and the cognitive sciences are also welcome.

In the fields of ethics, political philosophy, aesthetics and philosophy of art, doctoral students receive individual support for their research projects, from their supervisor and from Faculty more generally. They are offered various opportunities to continue their training and present their thesis projects. Every semester, external speakers are invited to give lectures on chosen topics. The colloquia for advanced students are an opportunity for master's and doctoral students to exchange ideas and present their respective research. In addition, doctoral students are supported in setting up workshops and symposia. The themes and fields of research are multiple: questions of value, ethics and meta-ethics, practical philosophy, history of political thought, philosophy of social sciences, aesthetics, the relationship between aesthetics and politics, subjectivity and society, philosophy of art, philosophy of perception, theories of media and technology, philosophy of culture.

Areas of specialisation:
– Phenomenal consciousness
– The identity and individuality of conscious individuals

Areas of specialisation:
– Aesthetics and Philosophy of art
– Phenomenology (German and French)
– Philosophy of culture and of social sciences