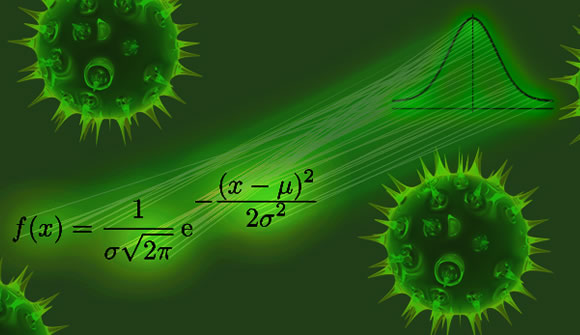 At master's level, this study programme in physics provides students with advanced courses and starts the process of specialisation. About half of the courses are compulsory and of general interest, the other half consists of more specialised elective courses.
The master's thesis will be supervised by an active researcher and initiates students to the frontiers of research, in the following subjects: Atomic physics, Electrons in solids, Soft matter and photonics, Theoretical interdisciplinary physics, Collective quantum phenomena and Nanosciences (Nanomaterials).
At the end of the programme, students will have learned how to apply their knowledge to do research projects and how to work independently or integrate into an interdisciplinary research team.

Physics has been the main motor of the spectacular scientific and technological developments of the 20th century and will definitely continue to play a dominant role for the promotion of science at large in this century.
The study programme in physics provides you with more advanced courses, and starts the process of specialisation. The master's thesis is supervised by an active researcher and initiates you to the frontiers of research. At the master's level, about half of the courses are compulsory and of general interest, the other half consists of more specialised elective courses. Specialised lectures may also be taken at other universities, in particular Bern. It is recommended that you follow the specialised lectures in the field of your future master's thesis. Other lectures, at your discretion, are necessary to complete the requirements. The lectures are complemented by seminars on modern research topics and advanced laboratory work, colloquia and project in research group.

6 good reasons to study at the University of Fribourg:

Learning outcomes and career openings
The aim of the studies leading to the award of a Master of Science in Physics is to deepen knowledge and perfect competence in the chosen field and at the same time develop skills in scientific English.
At the end of the study programme, you will have shown that you can apply your knowledge to accomplish a research project and will have learned how to work independently or how to integrate into an interdisciplinary research team.
The award of the degree requires creative and self-critical talents as well as the ability to communicate ideas and work both in English and your native language.

The master's degree in Physics opens many doors, a natural choice being doctoral studies. A Ph.D. degree is necessary or advantageous f or continuing work in academic or industrial research positions. Teaching at secondary level is another obvious choice (see «Teacher Education for Secondary Level»).
Learning scientific rigor, abstract thinking, experimental and mathematical skills, the ability to describe concrete phenomena by theoretical models, the ability to identify relevant variables, are skills of good standing in the search for employment in both the public and private sectors. Branches where physicists are welcome include machine and electronic industries, applied computing, insurance companies, risk management and even financial mathematics. Besides those typical careers, physicists frequently appear in important managerial positions or in politics.